As I mentioned last week I was off the island for a few days, heading south for work.  Irene & Bobby (Squeak's people) were kindly looking after Princess Button, Charlie-in-the-barn, and the hens (well yes and the cockerel).  So I was rather startled to receive an email with pictures of one of my hens with a wee chick!


I knew that two or three hens had gone broody. I'd been removing most of their eggs so they would only hatch one. But I didn't expect any of them to hatch quite so soon!  In fact I wasn't convinced that the cockerel was even a "working model"! Clearly I misjudged the poor guy.

Anyway this hen is a very good mother, she's had several broods before. She even pecked ME when I first went to feed her and the chick.  But she knows now I just have food for them both so lets me get quite close. The chick keeps running round the mother so I haven't picked it up yet. But it is very bonny - different shades of brown. And so fluffy! 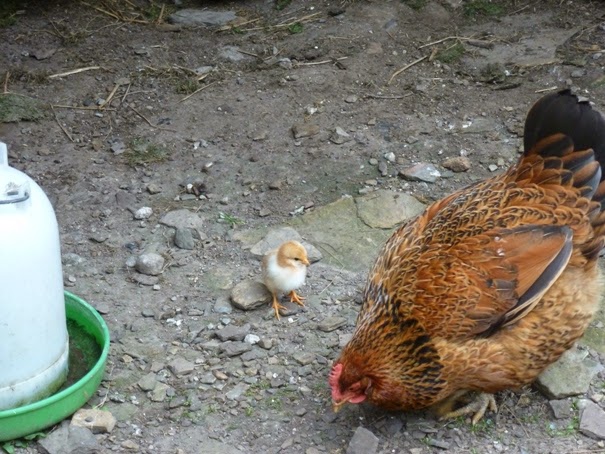 Indeed Charlie has been reluctant to go near the shed where he is usually fed if she is around as he fears the flappy wings and pecky beak. Don't blame him!  Princess Button steers clear too. She knows she would also incur MY wrath if she had any dastardly thoughts on this wee chick. 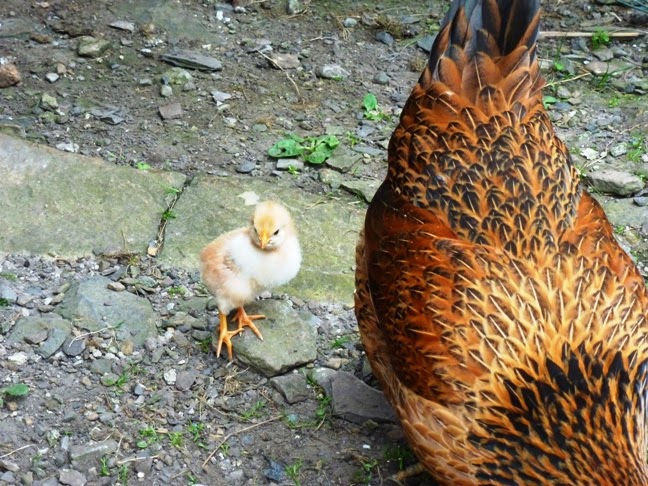 The chick soon gets to know the other hens, though the mother hen will chase them away if they get too close or rough with the chick. 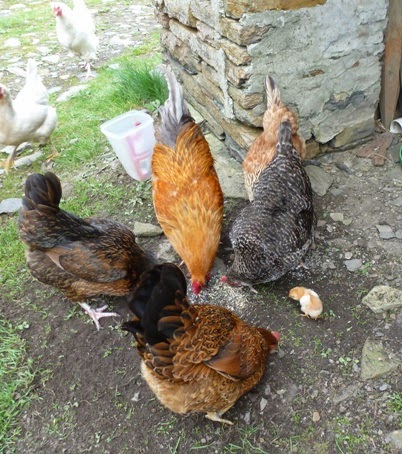 And what amazed me was that not only did this chick hatch while I was away but it survived. Because it was born up in the old cattle manger here - you can see the remains of the egg which I took out of the nest and placed directly below. The chick would have had to JUMP from the nest among the straw in the manger onto the floor - which fortunately also has straw on it. This was the sheep pen when they were lambing recently.  Amazing little chick. Wonder Chick! 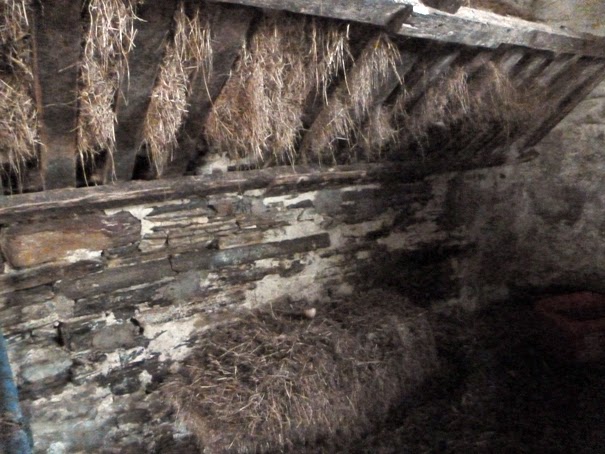 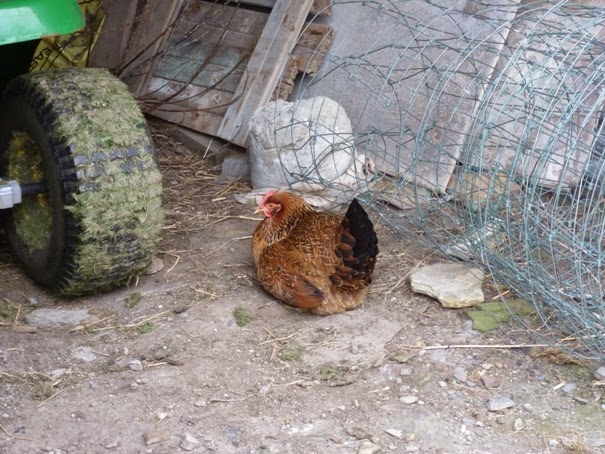 So...the first chick of the year. I wonder how many more I'll get. I do hope some of them are hens!!  And no I haven't named the chick. Over the years I've had a number of hens and quite a few chicks. So the chicks just get referred to as "chick-a-dee", the hens as "the girls" and the cockerel gets greeted with "ok boy?" None of it very original, but despite not naming them all I do so love my hens (yeah ok and the cockerel!).
Posted by Sian at 20:46