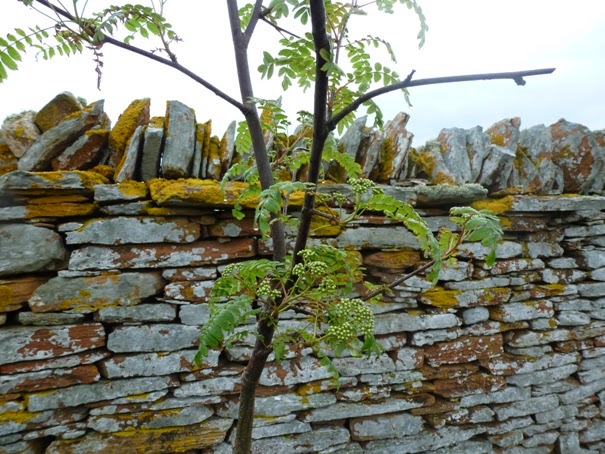 Friday turned out to be slightly busier than expected.  The lovely Fay, of Wind and the Wellies, came out to help in the garden. But that was planned. What wasn't planned was the sudden arrival of builders.  Well I was obviously expecting them at some point, but after waiting for quite some time (they're popular these builders), it all came together very quickly and both they and Fay arrived literally at the same time.  Has to be said they were slightly stunned at the wee wifey, Fay, arriving clutching a tree, but they're island folk too so no comment was made.

So first - tree.  A beautiful rowan tree.  Now I have several native rowan trees planted in the garden over the last three years or so and they are settling in nicely. However they refuse to flower and no berries.  So I'm feeling a wee bit cheated at the moment.

Cue Fay, who is moving soon and though she could rehome one of her Orkney trees rather than take it with her to foreign parts (mainland Scotland).  So there she was, the wee wifey, climbing off the ferry clutching the Rowan.  We've called him Hugo, well I was never into Latin names......  So here is Hugo in his glory, with FLOWERS about to come out. I keep telling the other Rowans they can learn a thing or two from their big cousin, though he's a posher variety than my common rowans.... Perhaps he's from Edinburgh? 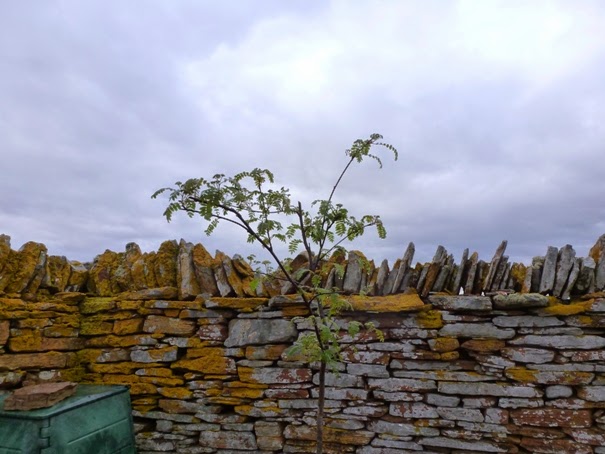 And he's peeping over the dyke looking towards Stromness and he can see the ferry he arrived on and remember his voyage around Hoy to arrive at Graemsay and my garden......... You can read about his trip with Fay here.  He's a well travelled tree - quite unusual for a tree I would say.....

And while Fay was here (she's a  horticulturalist extraordinare) she planted some more trees for me, but these were humble "sticks", some more rowan, birch, and alder, and something I can't remember.  They are carefully planted with black plastic to keep the weeds at bay. 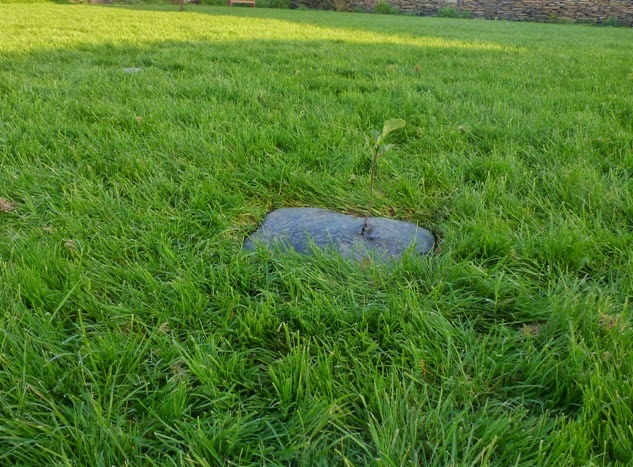 Fay sporting her Wedding Wellies - last seen at the WellyFest! 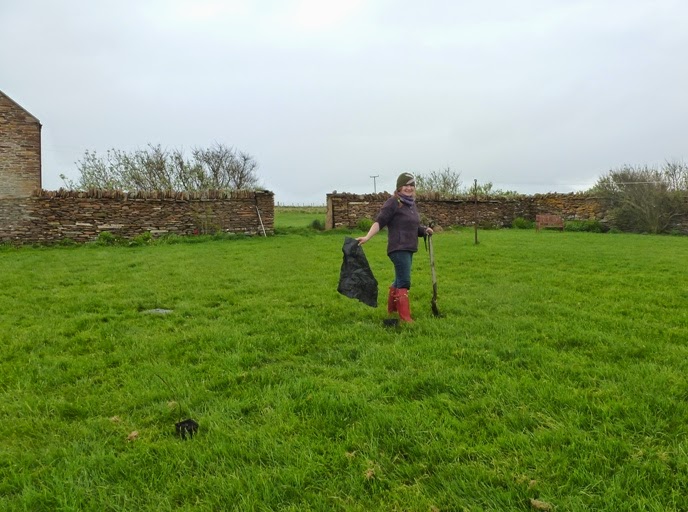 Why the obsession with trees?  Well Orkney does HAVE some, they just hide them well.  And indeed I love the wide vistas in Orkney. Nothing to block your view here!  But I miss trees.  I have planted willows at the front of the house (as shown in various photos on this blog) and indeed favoured by the hens. 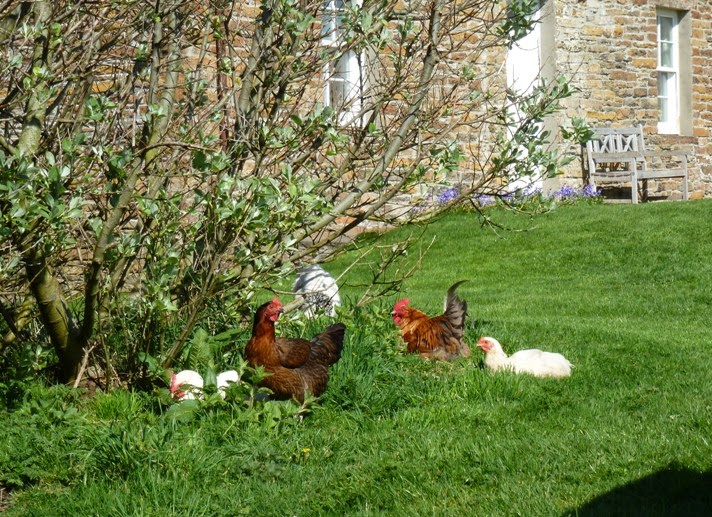 And Henny Penny posing nicely with the trees (willows) in the background.... 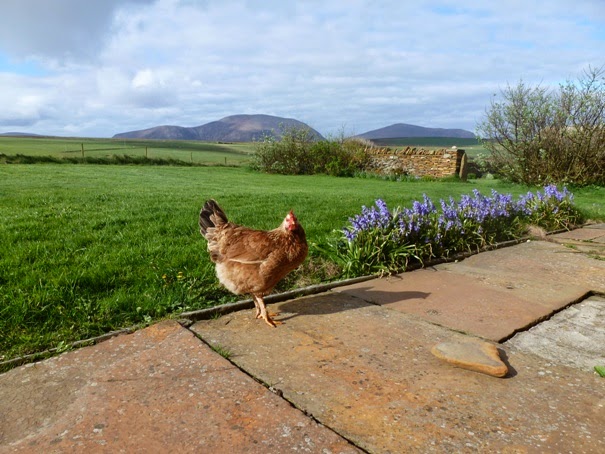 And the builders?  Ah well more on them in the next post (which will be a few days as I'm making a quick visit "sooth" for work purposes, and some Cake). 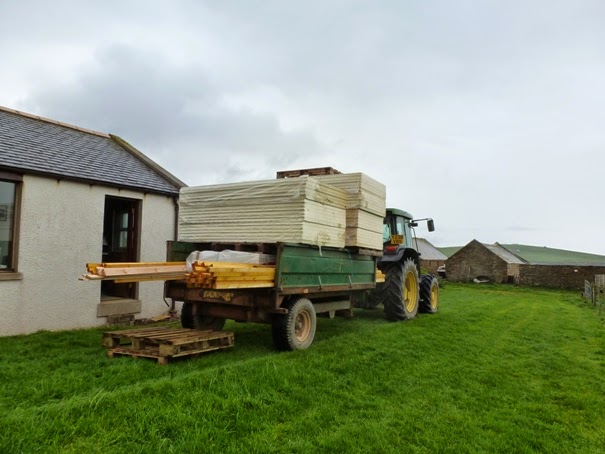