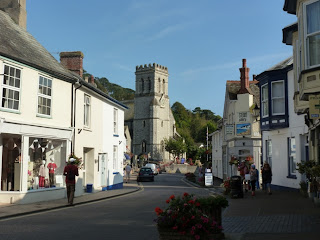 As well as exploring Lyme Regis while on holiday, we also visited some of the surrounding villages. Lyme Regis is in Dorset but on the border with county of Devon. Two of the very prettiest villages in East Devon that we visited are Beer and Branscombe. Both had winding roads leading to them, and a plethora of thatched houses and "chocolate box" views down to the beach.

Beer was a bustling large-ish village with a main street winding down to the shore. (see photo at top of post). There were the usual mixture of old houses, some with a thatched roof. 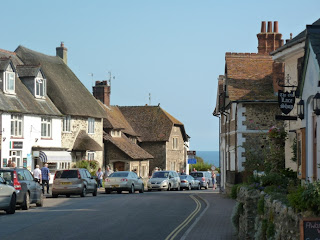 Unusually, Beer had a small stream running alongside the road down to the shore too. You had to watch when stepping out of your car! 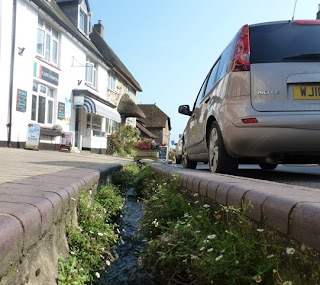 The beach is quintessentially English too with deck chairs........ 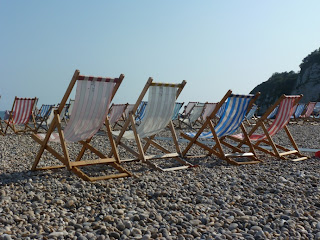 And beach huts (these are really large sheds along a beach which can only be used during the day). Useful if you have a family as shelter if at the beach for the day, to make a "brew" (no electricity or water but often calor gas camping stoves are used).  Many will be individualised too.  Some around the coast of England are in private ownership and are sold for vast amounts! Others are rented from the local authority. 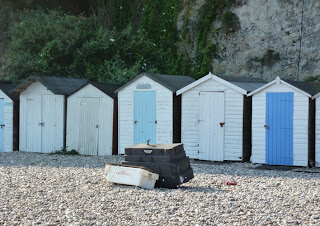 And of course there are plenty of boats, often used for fishing trips...... 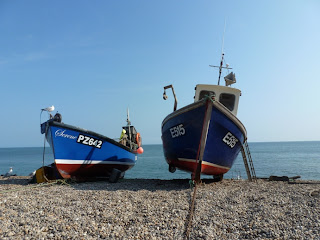 Then there was the lovely village of Branscombe, also in Devon.  This had a lovely Norman Church (as with most villages and towns, the church was the centre of the place). 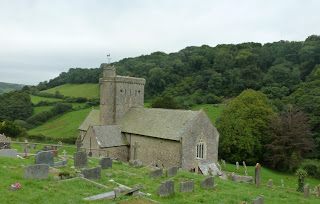 The road was winding and lined by beautiful houses down to the shore again. Unfortunately it was such a narrow lane we couldn't stop the car to take pictures.  But I *did* manage to snap this most stunning cottage with beautiful traditional "cottage garden" flowers out front. 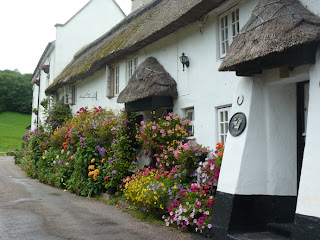 And again there were boats .... 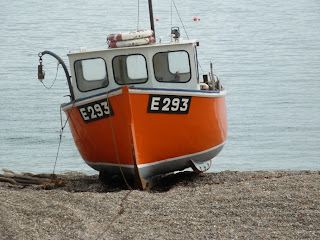 We also paid a quick visit to the town of Seaton to go on the electric tramway that runs through the Axe Valley. It was lovely being on the top deck, though it was a HOT sunny day and I felt like a broiled lobster by the time we got back! 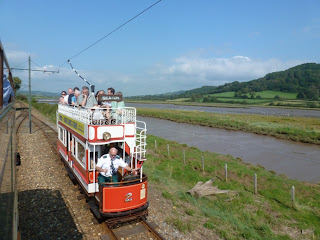 The tram takes you 3 miles along the valley to the station, where there is a gift shop and, most importantly, a tea shop too! 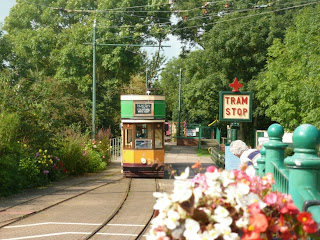 Along the way we followed the estuary and passed another pretty village. 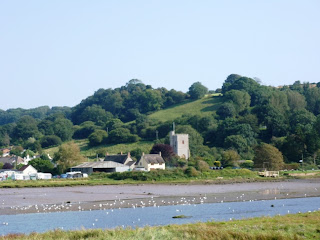 As well as picturesque villages we also briefly visited the county town of Devon, Exeter. Exeter is full of history too, but we were meeting up with a friend who lives in the city for lunch, so didn't spend too much time sight-seeing.  Exeter has a beautiful cathedral 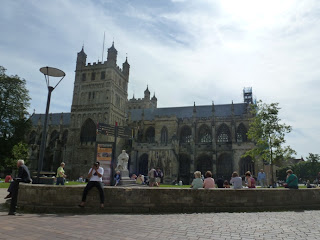 Lots of lovely cafes and restaurants (we tried the one on the right which was great). 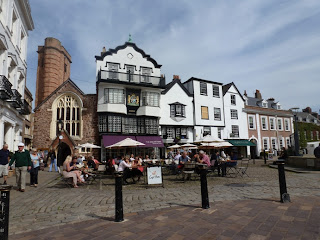 And, of course, opportunities for retail therapy...... I fell in love with these shoes..... I *almost* bought them....but I couldn't think of a single occasion when I could wear them!  NOT practical for getting on and off a boat, walking the flagged streets of Stromness, negotiating stairs at home, or dancing to "Strip the Willow" in the Graemsay Hall.  So, despite them being comfortable, and YES I could walk in them, they remained on the shelf.....sigh... 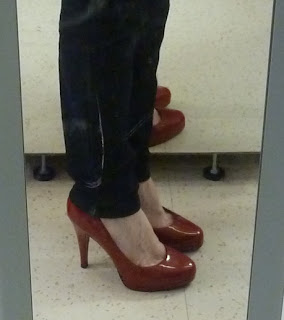