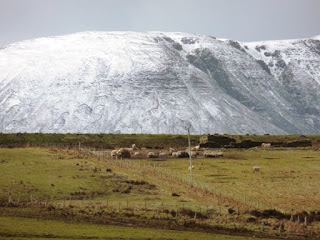 The current weather system to hit the UK, Storm Imogen, is leaving the far North alone this time.  But we've had our fair share of stormy winds over the last few weeks. Including one that was localised do didn't get a name from the Met Office!  However I've been trying to get out and "take the air" every day, except when I can't stand up in the wind!  So here are a selection of photos taken over the last couple of weeks.  Naturally Button features too!

The photo above is the field below The Manse on Graemsay.  A neighbour's sheep are fed silage in the corner of the field.  Ward Hill on the next island, Hoy, makes a snowy backdrop against the green of Graemsay.

Though this was the view from the house for several days as high winds and rain lashed down.... 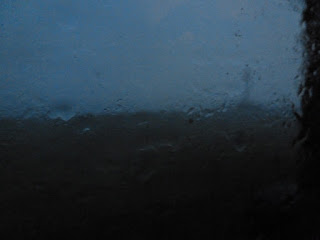 Stromness lost in the sea spray 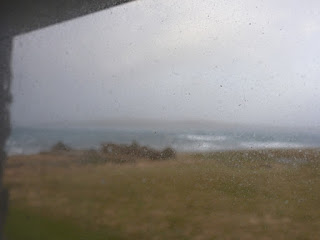 But on the days we can get out, there are big dramatic skies..... 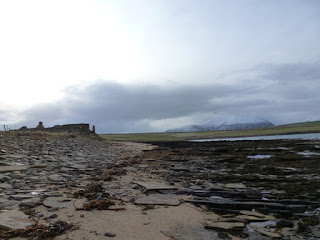 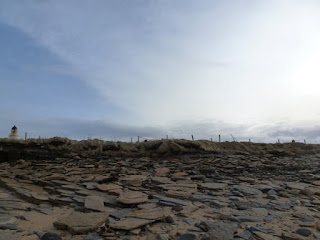 And some surf! The sea can get quite choppy in Hoy Sound but it's generally fairly sheltered, leading to the sheltered waters of Scapa Flow.  Oystercatchers having a bit of a rest. Stromness on Orkney Mainland in the background. 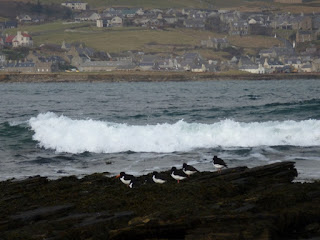 The shore around Sandside has been blasted by wind and waves for thousands of years no doubt. Any "soft ground" has long gone and each year a little more gets eroded. 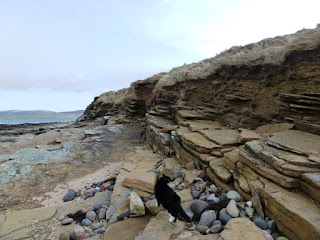 A shower coming in from Stromness.  Time to head home! 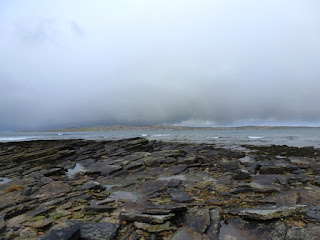 Though round the corner it looks fair.... 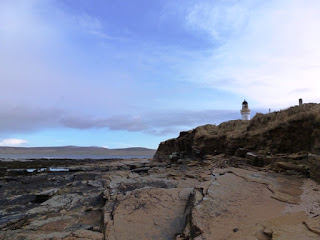 I love the stone around the beach - sandstone flags seen on many a croft house floor!  Nice stepping stones too.  Though can get slippy when wet. 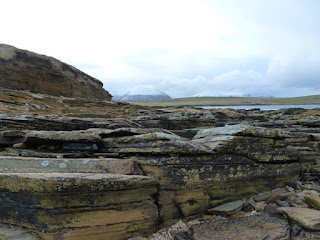 Button took an interest in the calm waters.  Think she wants to take up fishing maybe?! 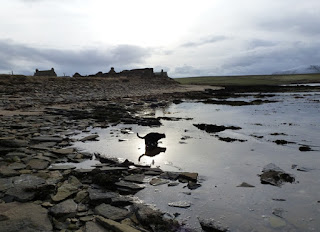 Um.... Button, don't look now but a sleety/hail shower is approaching!  I'd stop fishing if I were you and come home! 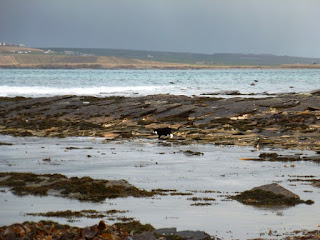 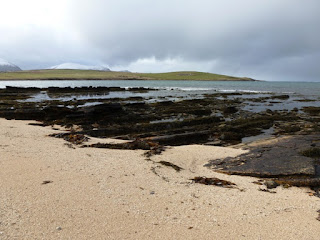 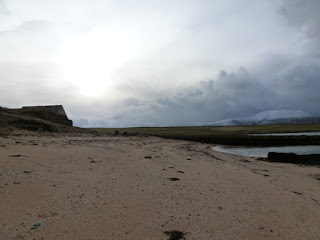 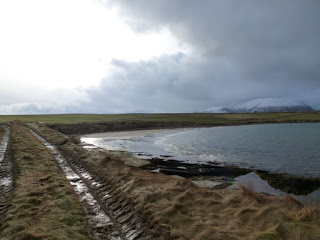 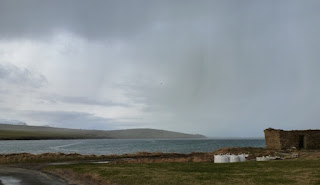 And then it was home for tea and cake and to warm our toes!
Posted by Sian at 21:35