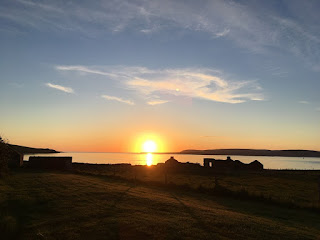 Back home now I'm enjoying the late sunsets and going to bed when it is only just dusk. Sunset tonight is at 22.03. 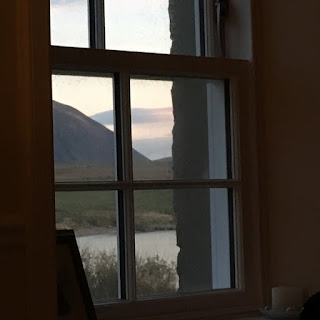 These photos though were taken about 10 days ago when we HAD sunshine.  It's been chilly, wet and windy this last week. Hopefully things clear up over the next week and we get decent temperatures again.

Though when it was what we called "hot" it was 18 degrees C.  Slightly warm by many standards I know. Ha!  Actually it got up to 24 degrees C in some parts of Orkney that day. 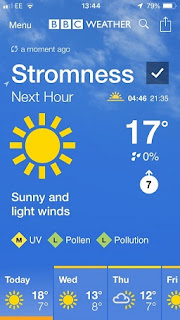 Hoy High lighthouse with a sail ship the Tecla that was around Orkney waters for a while. 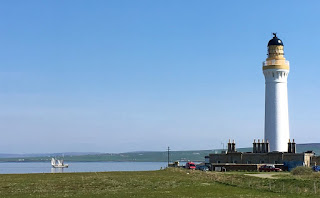 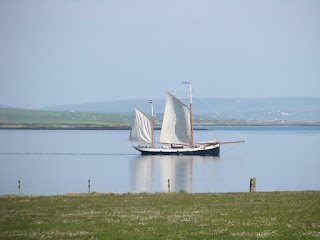 Here she is in Stromness harbour, on the other side of the pier is the Hamnavoe, the ferry to Mainland Scotland. 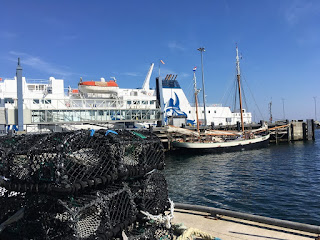 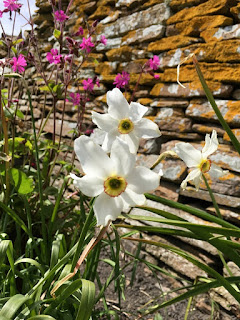 Our flowering season is about a month behind further south in the UK. So these primroses were still flowering 10 days ago down by the pier. 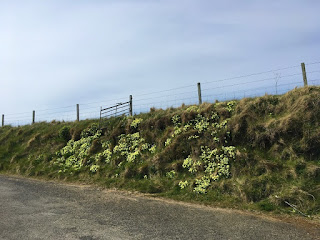 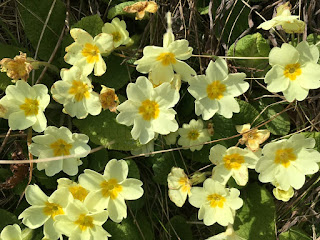 And with lovely dog violets growing among them 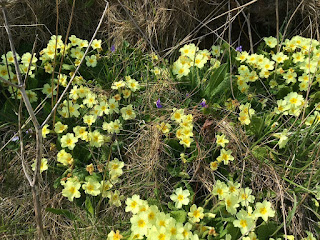 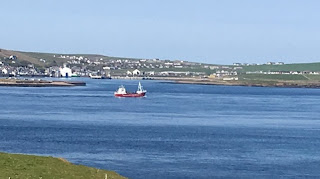 Another panorama of Sandside bay, taken from the garden of a neighbour.

Our island post box.... a favourite nesting box for sparrows so in the Spring it has to be blocked off with a removable guard to protect the letters! 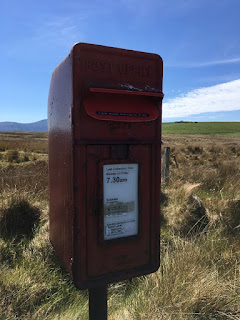 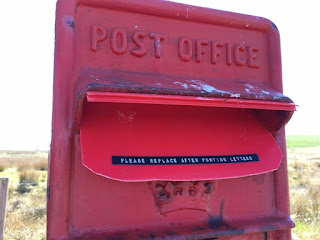 Meanwhile back at Sandside, Charlie the barn cat loves the sunshine too and comes to say hallo. 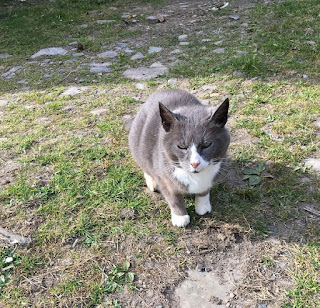 He's 13 - the same age as Button and is also a rescue cat.  He came to Sandside at the same time as Button but turned out to be largely feral and once he escaped he chose not to return to the house.  But he is quite happy in the barn with lots of hay and straw to curl up in, mice to eat, and a daily breakfast from me!  Button largely keeps out of his way as he is the dominant cat around the place. 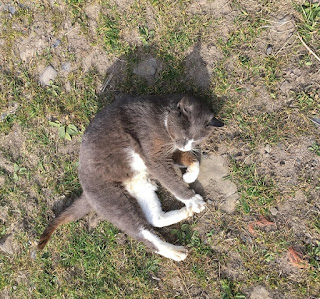 And this creature was crawling along the kitchen floor.  She was huge.  And is a queen wasp - the species is unclear as apparently to determine that I need a photo of her face!  Frankly I was more interested in getting her out of the house before she started getting cross.  She could either be a very benign wasp or one of the more aggressive ones.  I released her in the garden.... I'm hoping she's not planning a nest there..... in hindsight I would have been better putting her further away but it was tricky moving her so.... 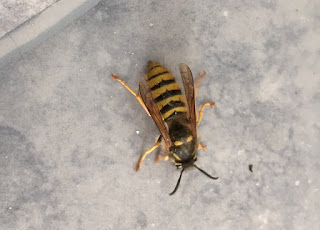 And finally another sunset..... 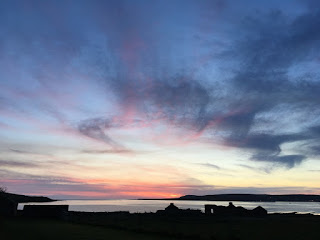