A visit to Ness Battery.... 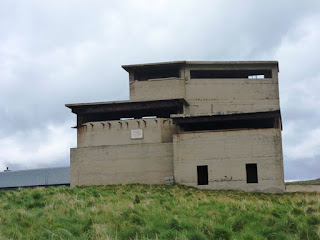 Sneaking in another post in May.  Though these photos were taken at the end of April when G was visiting.  I've posted pictures of Ness Battery before, as I like to take visitors on a trip there. Tour guide Andrew Holinrake does a really informative tour, and has lots of interesting stories about the Battery and Scapa Flow during WWI and WWII.  I do recommend a visit (website with details of how to book a tour). For me the interest is in how Orkney dealt with the influx of thousands of service men and women during both conflicts.  A group of islands, mainly farming and fishing, suddenly at the forefront of the defense of Britain with the Royal Navy Fleet at safe harbour..

Although most of the ship movements were at the other end of Scapa Flow, around Hoxa Sound, Hoy sound was used to bring in army troops, ammunition and supplies.  It was actually the Royal Navy who were in charge at the battery, controlling access to the harbour.

Above is the Battery Observation Post, with fire command, signal station and searchlight directing station. 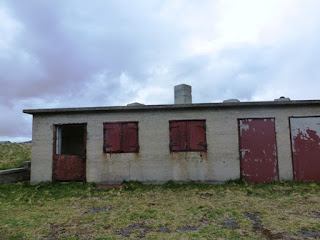 And here is one of the gun emplacements (no guns now of course). 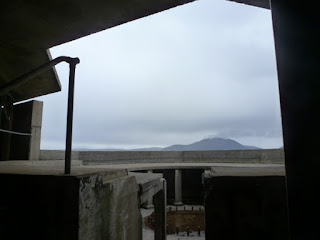 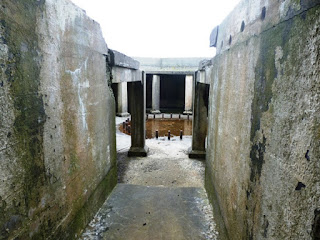 Some ammunition would be stored behind the guns. 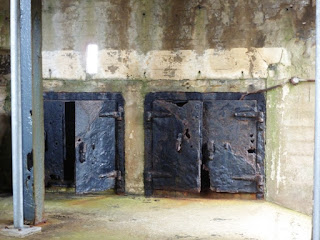 The metal is rusting and rotting away so measures have been taken to try and conserve the site. 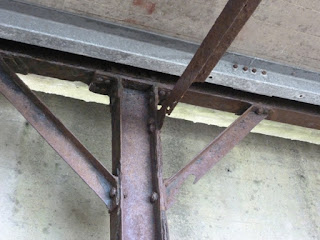 Defensive slits, in case of attack 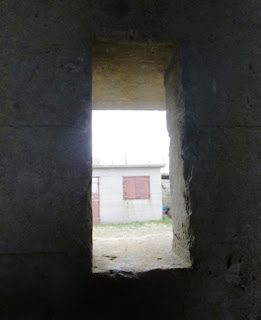 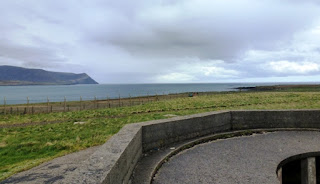 The gun would have stood here.  Not that much shelter for the gunners. 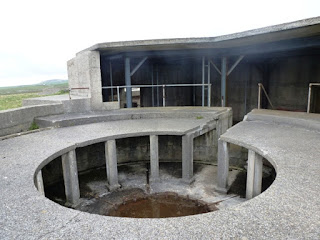 Looking towards Hoy with Graemsay in the foreground. Next to Hoy Low lighthouse is another battery, with control tower and search light station.  Over on Hoy is another battery so the entrance to Scapa Flow was well covered.  All boats sailing into Stromness had to get permission to proceed, civilian and military. 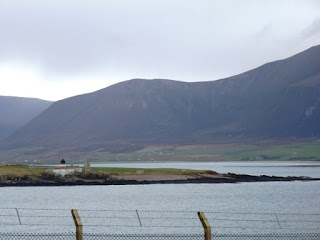 You can see the observation post more clearly in this photo. 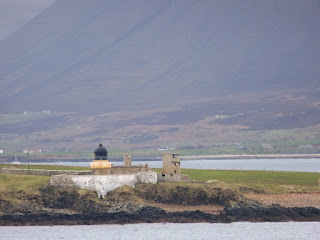 A view from the battery towards Graemsay and the Hoy Hills.

In one of the buildings is a raven's nest. Not being used this year I hasten to add!  They've moved to another part of the battery.  But the nest is huge. 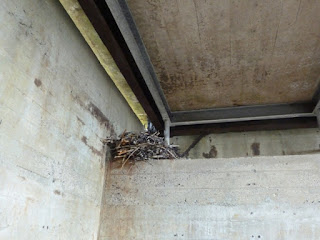 And it seems they were collecting golf balls!  They'd had a go at this one - maybe thinking it was an egg to predate! 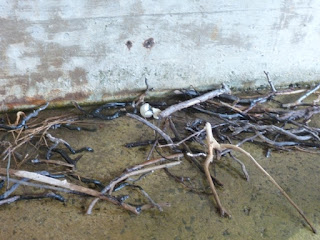 This gives a better perspective of the nest - see it IS huge! 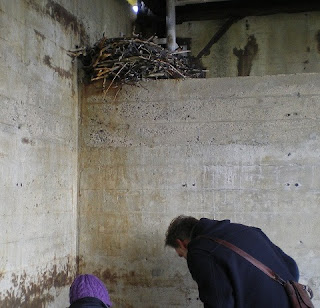 Looking towards the accommodation huts. These wooden huts are being preserved as it is thought Ness Battery is the only remaining camp to still have the huts in place. 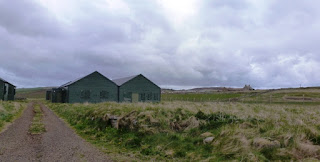 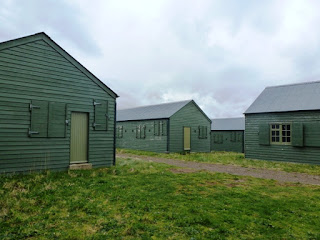 In the "Mess Hut" is a great mural with bucolic scenes of "country life".  It is signed by A.R. Woods, and after much research it is believed he was from Gravesend in Kent. Not far from where I lived at one time.  The scene is of thatched cottages, and a very "romantic" view of life. 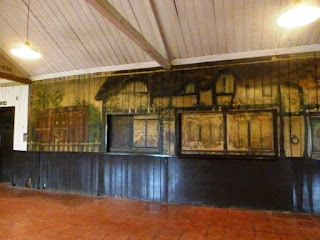 You can just make out the signature in the corner. 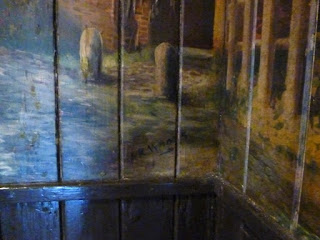 This windmill and cottages are very similar to another picture which was taken in Gravesend. 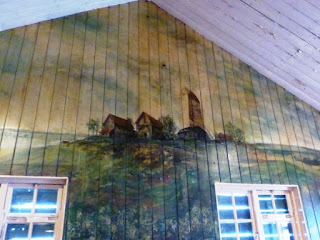 A cosy scene through the window - actually the serving hatch for the canteen! 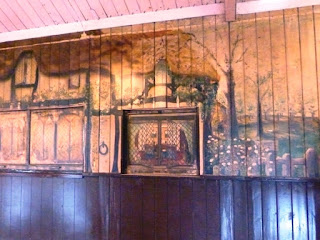 You can just see a black cat in the corner! 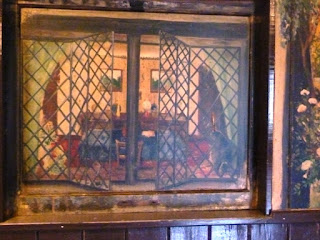 Rose cottage.....which had a different meaning in the navy. Ahem... 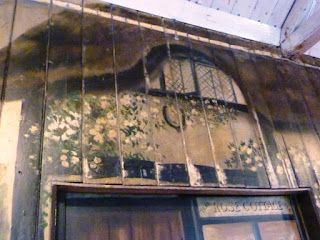 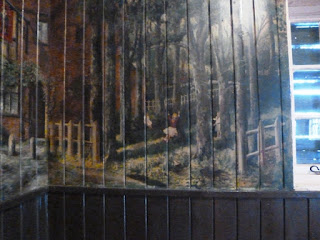 And more painting.  Plus a piano to bash out a few tunes on!  There have been one or two "performances" in recent years at the Battery. 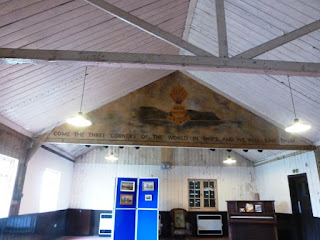 And here we are outside again, looking over to Graemsay. You can just make out Sandside through the gloom, to the right of the lighthouse.  I wonder what the Sutherland family made of all the activity during the war. They lived there right up to the mid 1950s. 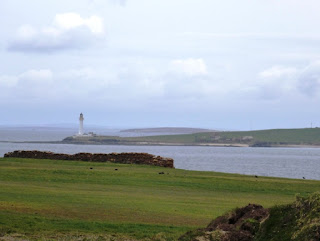