Last weekend was party time on Graemsay!  I'd been back from holiday for a few days and had been dashing round getting ready for a house full of guests.....seven to be precise.  Thankfully all very well behaved and even help with breakfast ;-)

I'd organised the island party as a bit of summer fun after musician's Susanne Lloyd-Jones and George Pain from Caithness, across the water on Mainland Scotland, had offered to come over and give a concert.  Susanne is a classically trained musician but has taken Scottish Traditional Music to heart and written accompaniments and sings the traditional songs too.  George has lead the Thurso Strathspey and Reel Society for many years.  They performed a great concert with a mixture of traditional Scottish and Irish reels and Susanne sang a number of beautiful songs. She has a powerful voice and amazing range and it was a delight to hear her sing.

After the concert, in true tradition, there was a "light" supper.  I'd also been able to provide a wee drink for folk from the proceeds of the money I earned from a recent article in the local magazine, Living Orkney.

I'd invited several friends of mine and "Graemsay" to come over and join in and after the supper they too took to the floor with story, music, song, or joined in the dances.

The weather for once was glorious so the island children could let off steam playing outside, some folk could have a blether outdoors and the rest could get on with the dancing.  Susanne and George had prepared some music for dances and helped us learn a few new ones.  I think I can even remember one of them!  We don't have the stamina to "dance all night" any more so the dancing was interspersed with "musical interludes".

Folk drifted back to Sandside over the course of the wee small hours. I was fast asleep by 1am!!  But I was up ready to provide breakfast to those that wanted it at 8am the next morning.  Some folk were off to work so there was even bacon to go with the usual toast and cereal for those that wanted it.  No fried eggs though..... if you want a fried egg in THIS house you have to cook it yourself. Ha!  I've never cooked one in my life and I don't intend starting now.

Anyway a great time was had by all, and thanks go, as ever, to the Graemsay folk for another brilliant night.

Here are a selection of photos from the night! 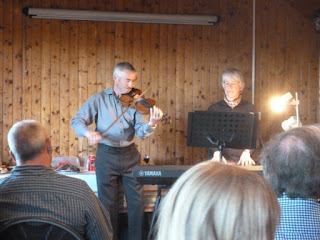 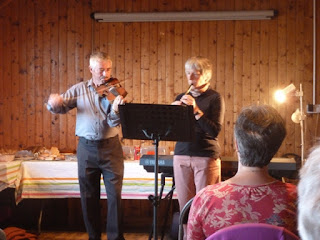 And now a song! 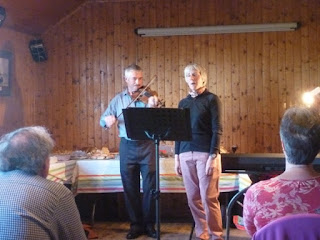 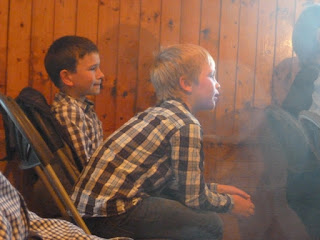 The whole island was present apart from one neighbour who was unwell and unable to attend..... 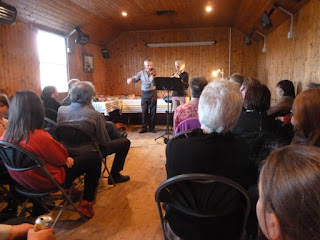 After supper there was dancing..... 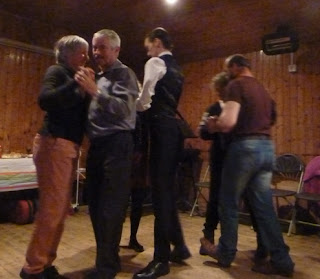 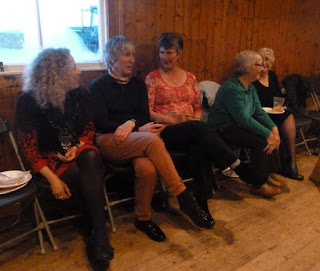 And more music - Andrew from Graemsay sang a few songs.... 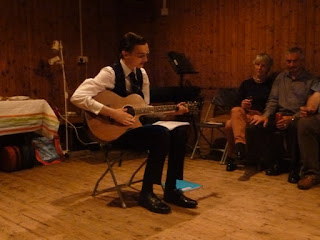 Lots more dancing.... not sure if Grandad is teaching grand-daughter to dance or the other way round! 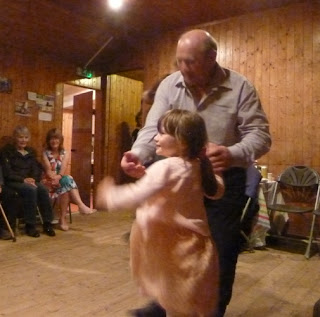 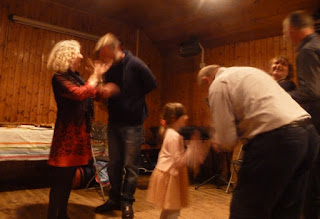 And Fran Flett-Holinrake told some stories and sang a wonderful traditional song about the women herring-gutters.  Here she is in mid flow of a story! 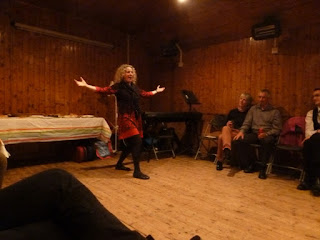 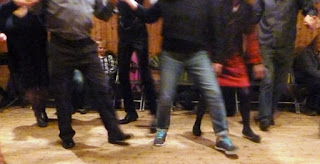 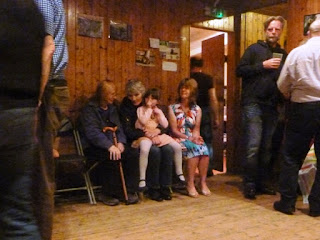 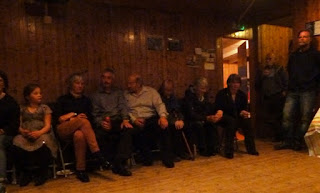 And John Budge gave us some songs and tunes on his new accordion, along with stories too of course! 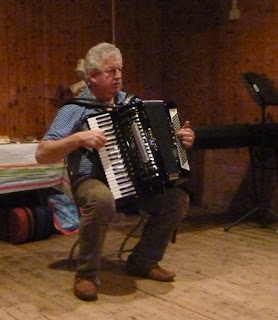 With an attentive audience too, naturally! 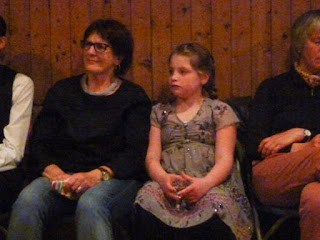 And Irene Mathieson of Graemsay gave us some songs too. It was great to have her playing and singing again.  Due to bad arthritis of her hands she's not able to play as much as she used to, but her voice is as good as ever!!  We all joined in with a rousing "You are my sunshine!" 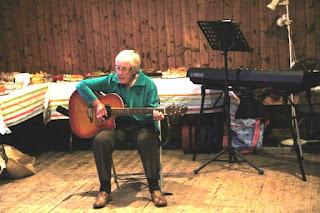 You can see the supper behind her.  I was too busy tucking into Cake to take any photos of the lovely spread that all the ladies of the island provided.

Later all the musicians joined together to play some tunes. (Hmm don't think you call it a "jam session" in Scottish Traditional Music?!)

So another great night in the wee Graemsay hall.  Graemsay folk certainly know how to party :-) And a big thank you to Susanne and George for travelling over to the island to give us the concert, and the other musicians, John Budge, Fran Flett Holinrake, Irene Mathieson and Andrew Mowat for entertaining us too!
Posted by Sian at 17:28