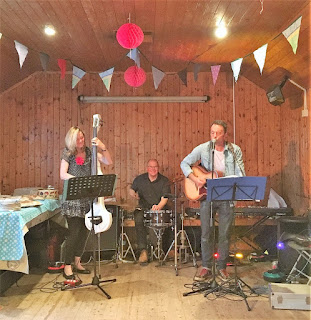 Ah yes I remember those days!  Haha!  I was so busy in August & September there were some things I didn't get time to blog about.  So here is one of them.  The Graemsay Summer Party (held in August).

An Orkney group, The Polka Dots, kindly came over to provide the music, along with another couple of visiting musicians, Lawrence Wilson on keyboard, his daughter Thea on fiddle, and Jennifer Wrigley (of the Wrigley Sisters duo).

It was a great night, with a lovely supper, as always.  And there was dancing!  The Polka Dots played and sang an eclectic group of tunes, pop, swing, jazz, traditional, country, you name it! And mostly we sang along too!

Above are the Polka Dots, and below, Lawrence, Thea and Jennifer 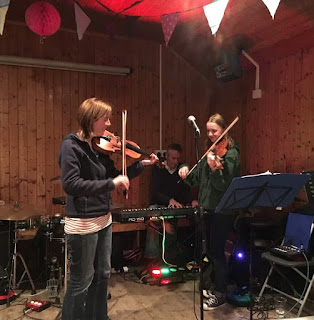 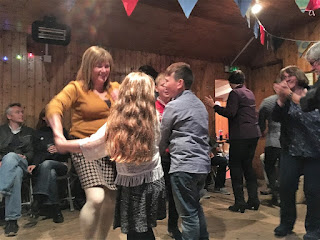 I still had my "surgical boot" on because of my poorly foot but I danced too (no pix!).  And rather bizarrely a neighbour, Pat, had also damaged her ankle and was wearing a boot.  We joked that if we sat next to each other we'd end up velcroed together!

Pat having a slow dance with Mick (I think looking at the feet - haha!) 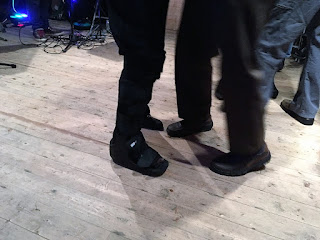 The youngsters having a go at Strip the Willow (no trees were harmed in the process). 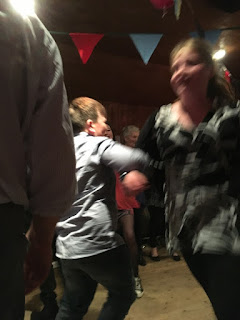 A wee lassie dances with her Daddy.... 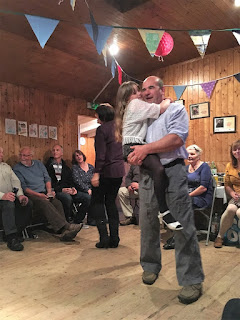 And there's a new dance craze going around among the kids... it's called The Floss, and apparently has nothing to do with teeth.  The kids tried teaching some of the adults with limited success.... 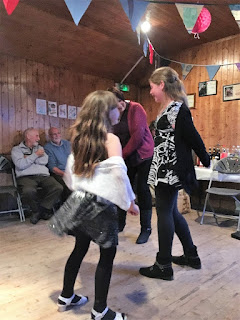 And some of the more traditional type of dancing! 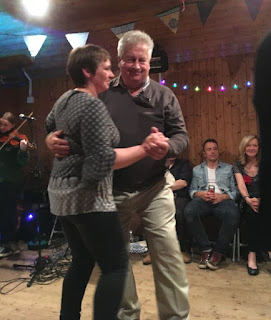 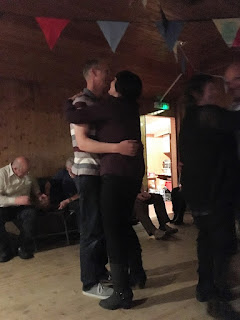 And then there was the baby shark song led by Neil with all the kids joining in..... 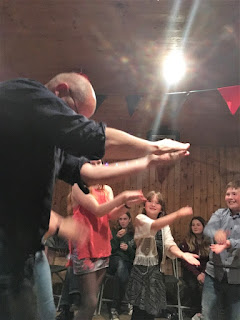 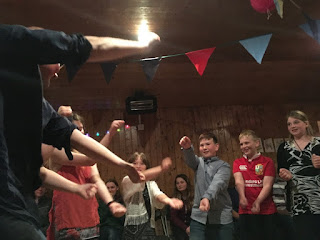 So a good night was had by all.  As with all parties, if folk off the island want to party they need to stay overnight, so spare beds are taken up.  I had John B from Longhope staying with me and he brought along his wee pup Charlie.  Charlie is a great character and was very well behaved.  Button and he met briefly but Charlie was too bouncy and Button beat a hasty retreat in disgust upstairs to bed. 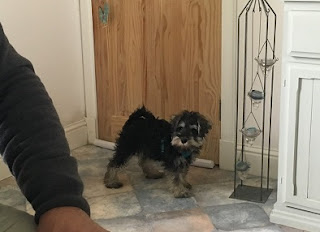