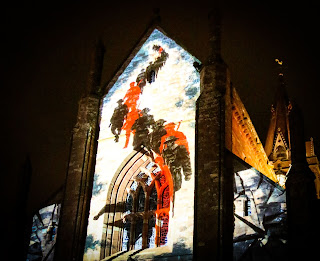 Across Europe there have been Armistice commemorations this weekend to mark the end of WWI.  As part of Orkney's contribution local businesses, council and school children worked together to produce this beautiful animation that has been projected onto the wall of the St Magnus Cathedral for the last couple of weeks.  Local photographer, Graham Campbell, took these photos and kindly gave me permission to share them on my blog. 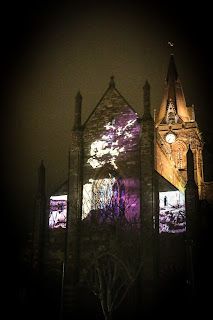 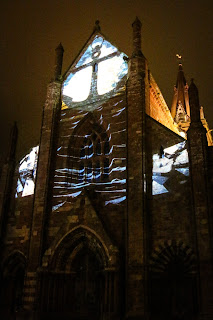 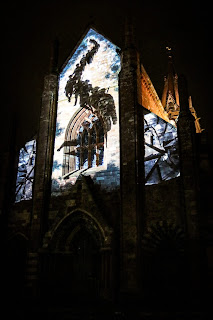 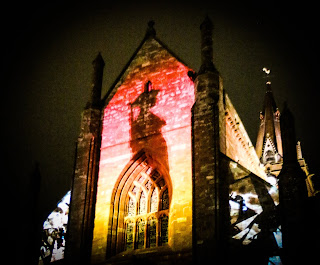 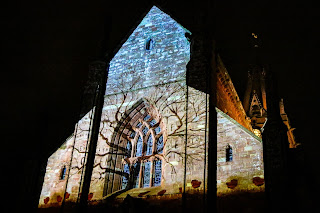 And on beaches around the UK and Northern Ireland a series of portraits will be drawn on the sand, to be slowly washed away as the tide comes in. A poem by Carol Ann Duffy writtend especially for the event will be read by individuals.

Orkney/s portrait is of Lieutenant Robert William Taylor of the wee island of Flotta in Scapa Flow.  He was awarded the Military Cross for his bravery.  Seriously injured in 1917 he was 24 when he died of his injuries. He will represent the many lives lost during WWI. Not all were awarded medals, but their deaths will be remembered. 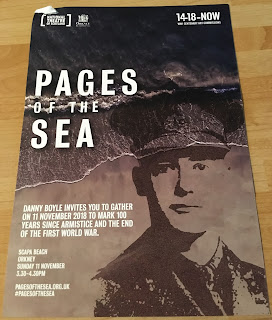 A good friend, Fran Flett Holinrake has written a poignant piece about the loss to one family in Orkney. Click here to read

My Dad was 3 when WW1 began. He served in the RAF during WWII. He never spoke of his war, but he watched the TV commemorations at the Cenotaph and quietly wept. 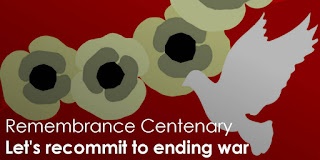