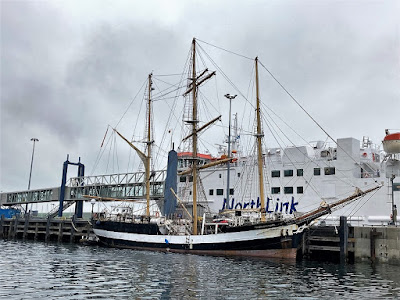 These are a few random pix taken over the last month when I've been out and about.  Above is the training ship "Pelican of London".  A beautiful international sailing ship.  Sadly I didn't get any pictures of her in sail, though I did see her in the distance in sail as she headed for the Pentland Firth and she looked magnificent.

In the centre of Stromness is a former drinking trough for horses.  Nowadays it is filled with flowers in the summer and looks very pretty.  The building on the left is the RNLI office as the Stromness Lifeboat is moored in the harbour just round the corner.  It has a small shop here too to raise funds for the local lifeboat station.  Behind the "fountain" you can see the Graemsay ferry and beyond that the walkway that takes passengers up to the Northlink Ferry, Hamnavoe. That is the ferry that takes folk over to Scrabster on the Scottish Mainland. 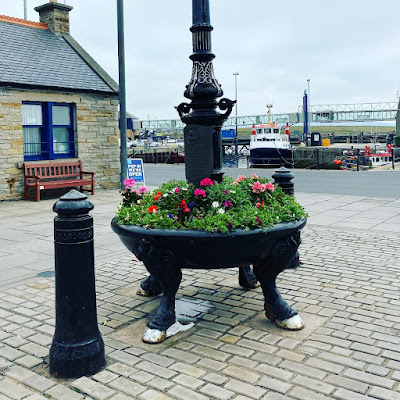 I love the feed on this fountain.... 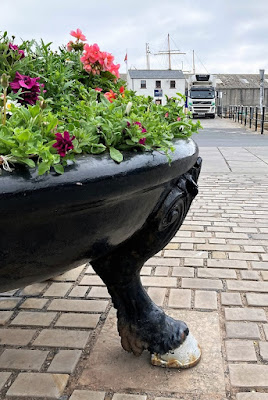 On this particular trip to Stromness the ferry had to make an unscheduled stop to pick up a creel used to catch crabs/lobster.  It had erroneously been dropped into the shipping lane and was a hazard.  Probably also a useful impromptu "man overboard" exercise! 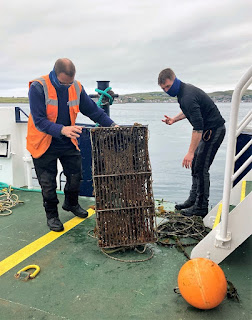 These next 3 photos are out in Birsay, on the West Mainland of Orkney.  It was a beautiful day, though I only stopped briefly to take pictures as I was meeting up with friends. 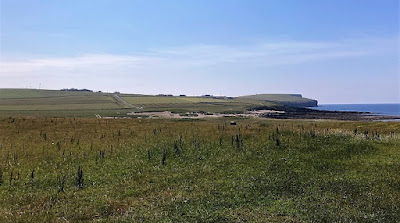 On another day I headed over to South Ronaldsay and environs.  Calling in on another friend and have a catch up in the garden with her adorable young cats.  Only 3 in this photo but she has 5 she adopted 6 months ago..... 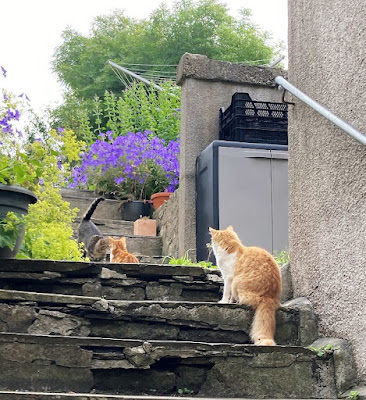 There was a yacht regatta in a village on the way. Lovel to see the boats out.  Um yes I know they are in the distance.  We were on a wander nearby and happened to spot them across a loch. 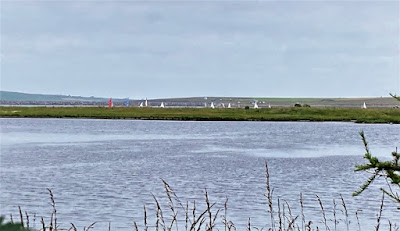 I love the smell of meadowsweet. 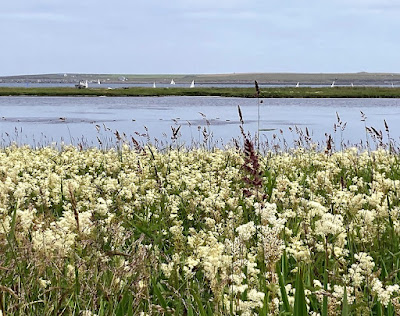 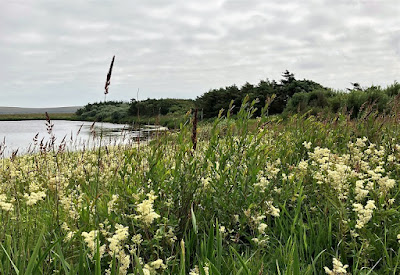 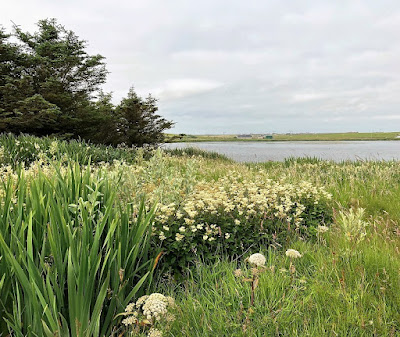 In the above photo wild Angelica just bursting forth below the meadowsweet.  Below delicate thistles. 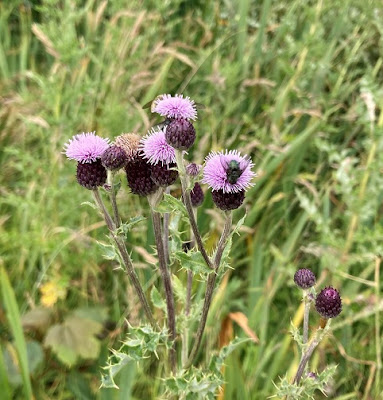 And a young calf came over for a chat! 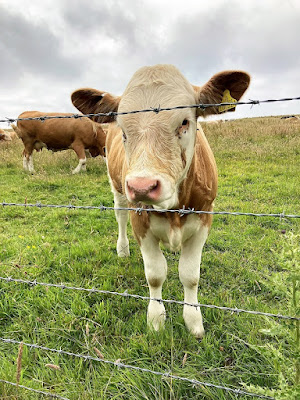 Hope you enjoyed your wander!  Weather is due to be changeable again over the next couple of weeks but I'm hopeful of some more out and about photos..... fingers crossed....