Earlier in the week on a quiet sunny day I went for a walk along a different footpath and here are some of the images I took along the way.

In the bay I'd spotted a bird I couldn't identify.  I thought it was probably a "diver" (loon) but couldn't work out which one.  Delighted to have it identified as a red-throated diver in Winter plumage.  Not necessarily rare but a lovely bird and pleased to have a pair overwintering near Sandside. 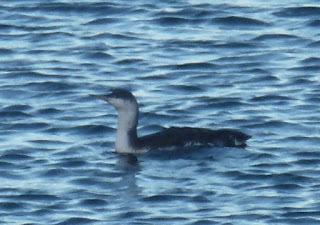 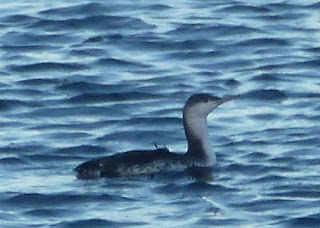 There's been a lot of rain about but we haven't been troubled by the floods that other parts of the UK have suffered so terribly.  But the burns are free flowing. 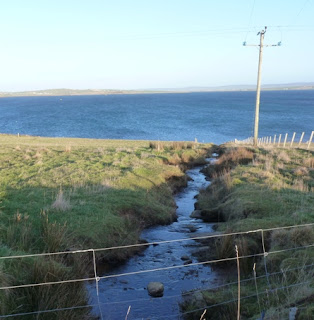 The community hall still has the Christmas decorations up! 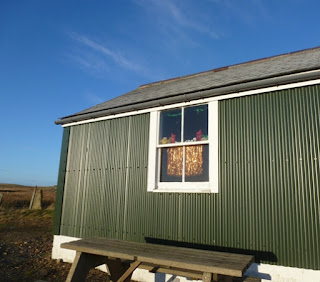 The dragon in the Hoy Hills is still asleep.  A ruined croft on Graemsay at its feet. 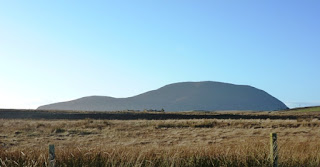 Here you can see the croft of Quoys nestling into the folds of the landscape, nicely protected from most of the worst of the winds. Stromness glinting over on the Orkney Mainland. 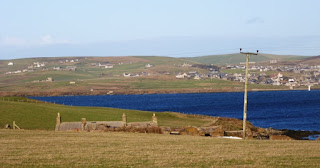 The Graemsay communications centre - phone box and post box. Hee Hee!  Not sure if the phone is still working.  I should have tried it! But the post box is in daily use. 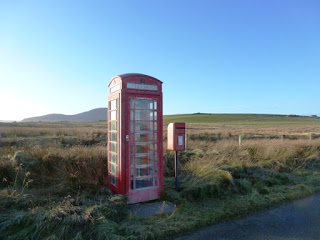 A slightly different angle onto Sandside and Hoy High lighthouse. 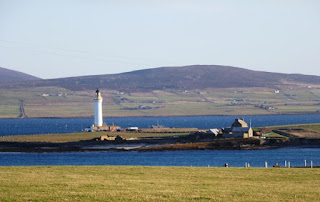 And here you can see how Quoys really does hunker down! 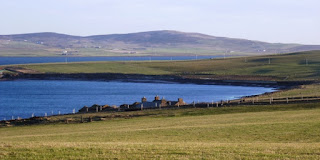 A close up of Sandside and the "steading" which was the original house, then became byres for the livestock. Not sure which writer said it but the houses in Orkney "turn their shoulders to the wind". The gable end (end of the house) has no windows in it, which when I first moved in I thought was a shame as that's the best view.  Ahem, then I experienced the gales and the lashing rain and realised why there were no windows!  Just a solid stone wall turning its shoulder to the wind. 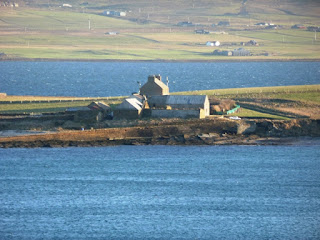 Another view of Quoys with a burn running beside it. 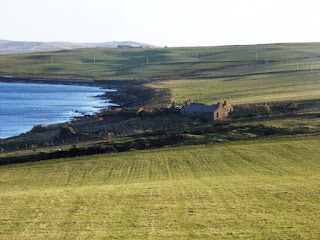 Hoy High lighthouse from across the bay with the coral beach just in sight. Orphir on Mainland in the background. 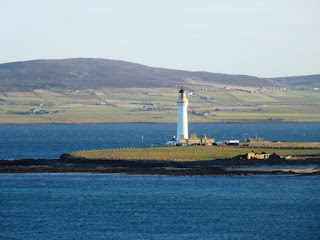 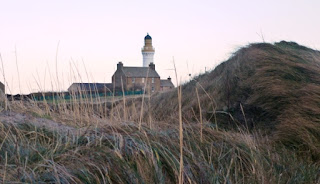 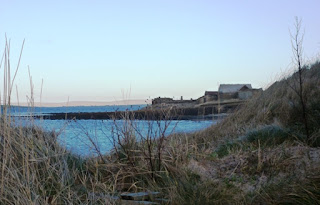 Hope you enjoyed the short walk!  Battening hatches now as the forecast for tonight is for winds of 75mph.  Eeek!