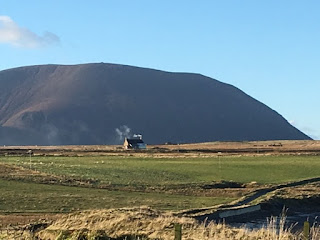 This year we have had a proper Autumn in Orkney. I'm not sure I remember one before in the 16 years I've lived here!  We've had sharp, freezing weather with beautiful frosty mornings, and mild days too. And shhhh hardly ANY wind.  Oh it has been wonderful.  Even some of the trees still have their leaves on at the end of November.  Usually they are blackened by the gales early October and that's it.  Anyway a couple of weeks ago I took some photos of the glorious sunny autumn day to share with you.  Above looking from Sandside up to the Manse where the smoke from the fire is lazily wandering along horizontally, with Ward Hill on the island of Hoy as a backdrop.

Meanwhile at Sandside, those trees I was mentioning.... oh and Button.... 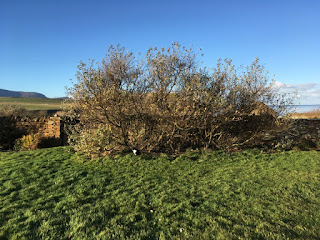 .Looking across the front garden to Hoy..... apples on sticks.... for the wild birds.  NOT ONE went anywhere near them!  In Stromness folk had lots of Waxwings dropping in on migration. Put apples out they said, they will come, they said.  Did they? NO!  About the only thing that took an interest were the chickens and even they didn't attempt to fly up.  In the end I put the apples on the stone dyke and probably the field mice in the dyke ate them. Bah!  I do have seeds out in the walled garden for birds, so they are getting some food.  I'm feeding mostly sparrows (known locally as spuggies) but that's fine as they are a struggling population in the UK I believe. 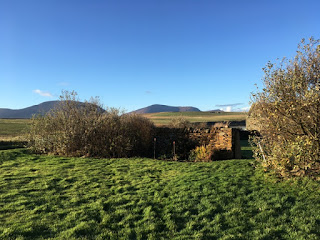 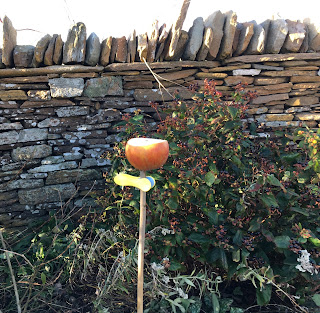 Look at that lovely blue sky 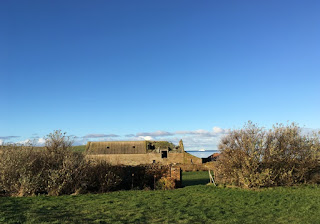 And calm sea - the Hamnavoe sailing into Stromness 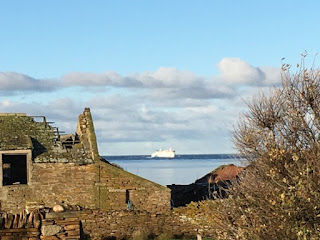 And all calm in Sandside Bay.  Road is a bit frosty though. 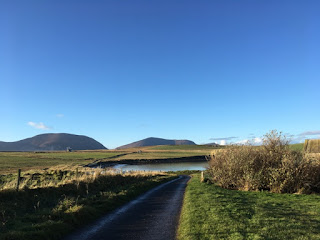 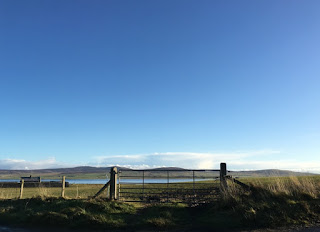 All clam there too. 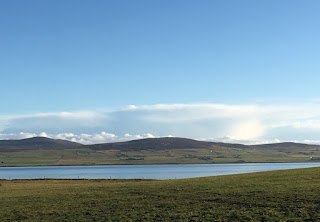 The kye (cattle) on the hill in the sun, which still has some warmth in it. 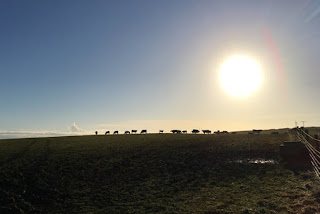 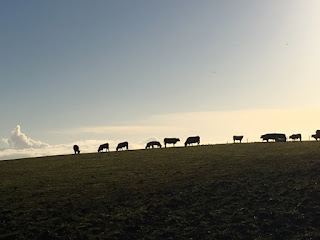 Did I mention it was a bit cold and frosty out?  Hmmm Madam Button indoors keeping her paws warm..... 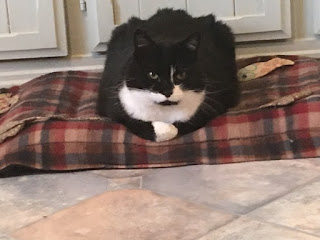