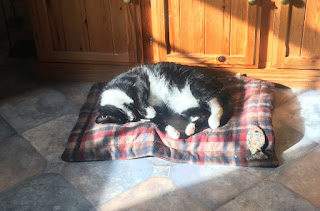 .... when someone else does all the hard work?!  I've been "upcycling" an old dresser that had seen better days.  I've had it for nearly 40 years and it's moved around with me in that time.  It had that distinctive 1980s varnish that eventually goes very orange. Bit like too much of a spray tan (apparently, not that I've ever had one of those!).  Anyway Leslye from Longhope and her husband, John, both of whom are much loved on Graemsay, came out to help. Leslye is my style guru and so she set to work on the dresser once we'd paid a visit to Stromness and Kirkwall to choose paint.

Meanwhile John has been doing all those little jobs that never get done, helping put up pictures, sort out various bits of skirting facings that had been taken off over the years for various bits of work. Ditto some floorboards. Helping me reassemble some "self-assembly" furniture that also self-disassembles at will!  That sort of thing. MUCH appreciated.

Button slept when she could, but she did have a hunted look about her as she kept being disturbed from each room she had snuck off to to have a snooze in.....

Anyway, despite John's hard work it's not photogenic so instead we focus on the dresser!  I'm thrilled to bits with it!  Transforms the kitchen and my china! 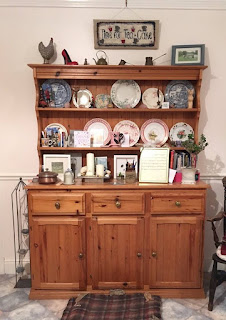 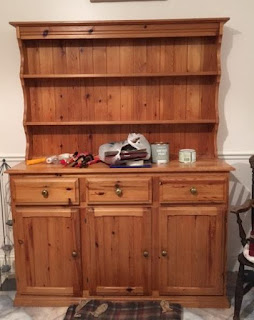 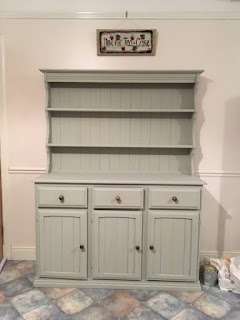 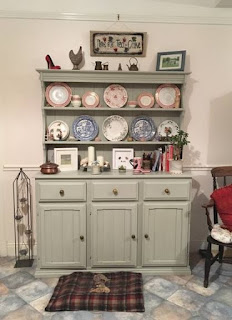 I've now earmarked some other furniture to have the same treatment. AND the same paint - it's a Vintage paint, colour "Gulls Egg"........ I may be gone awhile! Hee hee!