Life settles into a pattern.... 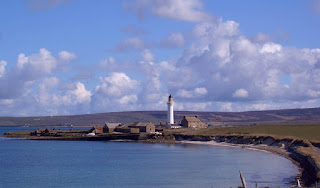 So once moved into Sandside, life started to settle into a pattern. There was still work to be done to the house, but the bulk of the building work was finished in May 2002. The builders had done a great job. They had challenges too - not least their clients ;-)  And of course getting materials here which meant liaising with suppliers to get deliveries to the boat on cargo days, getting Arthur with the tractor and trailer to bring it all up to the house. And ensuring they had all they needed for the day - no popping back to the workshop if they'd forgotten something!

There were still areas of the house to be developed, a workshop at the end of the conservatory building, and the old post office which was to be a TV room.  However, as I mentioned earlier, J. decided Graemsay wasn't for him and so I took over the house myself. The house is big enough for me with various spare rooms etc so for now I've left these to be done at a later day.

My favourite rooms are the sitting room in Winter, with the curtains drawn, snuggled down on the sofa with Button; and the conservatory, the "summer" sitting room which looks out across the water to Stromness, where I can watch the sun set, and the hens pottering around. The conservatory was one of J.'s inspired ideas and it works well. A panoramic view from the Orphir hills to Warbeth. 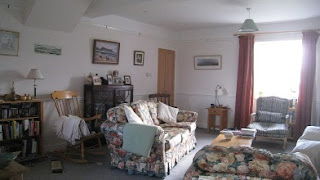 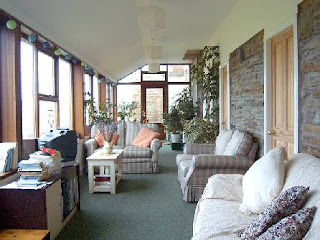 I take most of my photos of summer sunsets from outside that door! 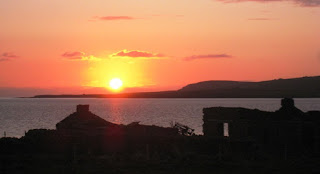 And of course....this.... see what I mean about a panoramic view??  The building on the left is the conservatory.

The field behind the house is used for summer grazing by Arthur. I'd intended bringing my pony, Badger, up from Kent. But he was already 30 when I left and after he developed some health issues I decided he would be happier spending his last few months in the comfort of familiar surroundings, looked after by A. and F and spoilt and petted by everyone. I still feel guilty - but he would have hated the field with no trees to shelter from the wind. There would have been nothing between him and Canada!  I think he would have been sharing the conservatory with me fairly quickly. 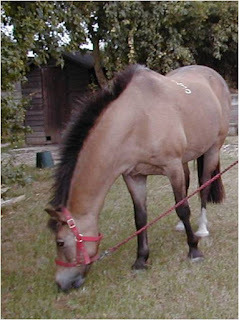 Dear Fitzi-cat enjoyed sleeping in the sunny spots around the house until he passed away in August 2008. He'd always been a "house-cat".  I'd had visions of him enjoying the great outdoors, but after he'd been beaten up by the local farm cats a couple of times, we both decided he was better remaining as a house cat! Though he did come outside and enjoy the sun and laying in the long grass in the summer months. 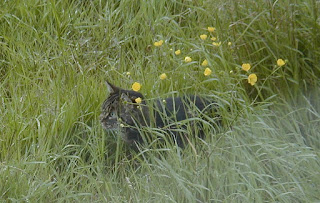 And I got HENS!  I'd wanted chickens for I don't know how long. And finally I could keep a few hens. Cathy & Arthur from Fillets did up an old stone building which is on their land and have let me use it as a henny hoose. There are no predators on the island like foxes so the hens can be completely free range - and they are! A bit of a hazard as you are driving past the house I think sometimes!

I continued to work for the local Council for a few years, but gradually, having been able to build up more work as a health researcher working from home, I was eventually able to give the council job up and work entirely from home. Thank goodness for a good fast internet connection! I'll not tell you the speed because it's faster than most of Orkney gets!

I love living here. I know I made the right decision to move all those years ago. There have been challenges along the way and things didn't quite turn out as I expected. I hadn't planned to be living here on my own. I had hoped to be mortgage free and just need to work to pay the bills, which when J. pulled out meant I had to make some changes and needed to work more rather than less. But in many ways The Dream turned out BETTER than I had expected, as well as different.

Folk have said I was brave to do this. But it didn't feel like that. I'm not really a brave person, really I'm not. But I wanted an adventure. I'd wanted to leave the crowded and busy South-East of England for as long as I could remember. OK I'd lived in the same town all my life for over 40 years, but I was open to adventure. I was determined to make things work out and to enjoy the process, be present to "the moment", as they say.

I now have a lovely home, in a stunning location, and feel part of a community. I can honestly say I am happy. And of course I now share my home with Button! Who despite thinking she is a Princess, is in fact a rufty tufty Orkney cat, a hunter of mice, and a wanderer on the shore! 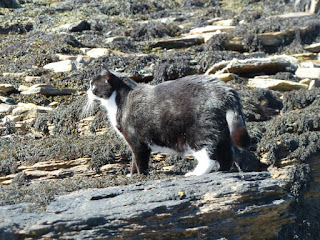 And when people say they want to move to Orkney and ask for advice - I tell them to rent somewhere for a year and experience a winter FIRST! Tee hee!!

I hope you've enjoyed reading about my "journey". Normal service will be resumed shortly ;-)  And I'm also planning some posts about the history of the house which might interest folk.
Posted by Sian at 22:19