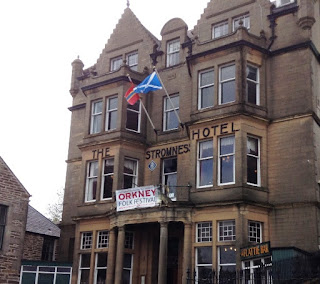 It's that time of year again - the Orkney Folk Festival, always the last bank holiday in May.  So I went over to Stromness, where most of it takes place, to join in some of the fun.

Firstly on Thursday it was meeting up with two friends from Germany, Peter and Helga, who have been visiting Orkney for some years. They first got to know Irene, via Squeak's blog, and then Mick's website and my blog and website too. For a small island we do a lot of blogging ;-)

We had a lovely lunch with them at the Stromness Hotel, and a lovely relaxing afternoon just chatting. They were heading off to go to some of the festival events too with Irene and Bobby.  So I went up to say hallo to Squeak while her people were away.  She let me tickle her adorable little tummy - well everything about her is adorable (only don't tell Button!). 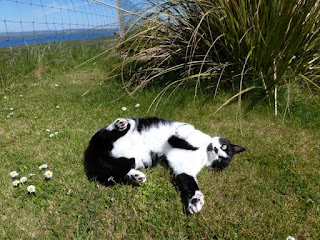 Friday night we had our own wee concert on Graemsay. Andrew Mowat was back from University and he and Bob Leslie played a variety of music and instruments to entertain us. Sandra, Michelle and Pat had put on a lovely supper and a lively (and lovely) time was had! It was a winding down after lambing/calving kind of party. 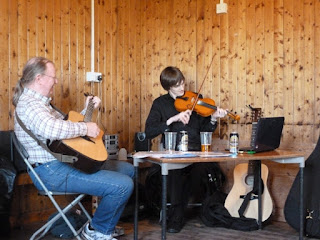 Of course there was dancing.... 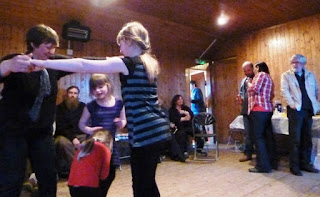 And a chaotic Graemsay version of Strip the Willow! 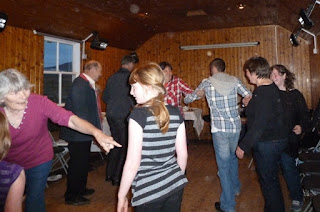 The main street in Stromness is pretty lively during the festival with lots of the musicians, artists and visitors wandering about. Many of the shops stay open over a longer period too. Sometimes musicians just get together outside on the street, there are pub sessions and the bigger concerts too in larger venues. In the cafes you'd find yourself sharing a table with musicians, visitors and locals, all buzzing about the festival.

I went along yesterday to see The Henry Girsl, Martin Donohoe and the Irish Gang, Gria and Blazin' Fiddles.  Loved the blazin' of the fiddles in particular! (Here's a link to them a few years ago). Some of the band came on wearing football gear as there is the annual festival football match between Orkney and the Rest of the World!!  Everyone then goes on to play at the closing concerts!! Some stamina!! 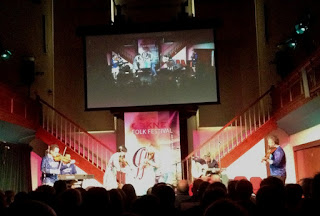 And the ferry from Scrabster to Stromness was back on the route in time for the festival too. We are all celebrating THAT! (It's the one with the "N" on the funnel - not the beige workboat in front!). 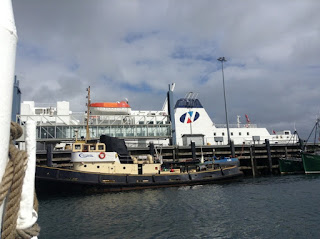